The MeshSkinner class provides an easy way to skin a mesh during runtime in a game made in the Unity 3D engine.

This tool goes great together with the BvhImporterExporter tool!

Using the MeshSkinner class is simple. You do it through code, not via a MonoBehaviour component in the Unity Editor. Here's a C# example:

Before calling the MeshSkinner constructor the skeleton needs to be aligned to the model in world space. Simply position the GameObjects inside the mesh where the joints should be. You can change position/rotation/localScale of the skeletonGO via code (or align them in the Editor).

The work() call is where the magic happens, it can be a pretty heavy call.
Finally the work gets applied to the the model in finish(). Now you can move/animate the skeleton and the mesh will follow!

The example can actually be written as just one line of code, the MeshSkinner instance is returned by most methods for easy chaining of calls.

Unity is mostly single-threaded (with added "coroutine" thread-imitation where yield and IEnumerator is used) but work() actually supports being called from a real alternative thread. The constructor and finish() must be called from Unity's main thread due to limits imposed by the Unity Engine but it's possible to put all the actual heavy work on a different loading thread.

So a multi-threaded setup of MeshSkinner would look like this:

How long it takes to skin a mesh depends on how many vertices it has, the number of bones in the skeleton and of course how good the CPU is.

Here's how long it took to skin the models seen in the screenshots. A line of code was executed 5 times (restarting in between) and the average time taken in milliseconds are presented here. The work() method takes roughly twice as long to get done in the Unity Editor.

I'd like to mention that only "kneeling man" has a proper skeleton, the other ones I threw together myself in the Unity Editor just by dragging around empty GameObjects.
Also, a note on the grass plane: Creating nice looking terrain with MeshSkinner is possible, especially if you paint influences (I didn't do it in this benchmark though). You just need to update the mesh's normals and the GameObject's MeshCollider component after modifying the joints that moves the terrain.

Normally once you've called finish() on a MeshSkinner instance you are done with it. Set any stored reference to null so that the garbage collector comes and clean it up.

However, if you are going to skin several meshes using the same skeleton you can save a bit of time by saving the first MeshSkinner instance that has had its work() done and then giving this instance to other MeshSkinner's work() method.

The other instances will then copy all it can use from the first instance, saving precious milliseconds. If you have many models that all use the same walk/fight/whatever animations this can reduce loading times a lot.

MeshSkinner loves low-poly meshes but can handle high-poly ones at the cost of some extra work() time. Denser vertices around the joints help it look more natural when bending a joint. It's also good if the mesh itself tries to rest in as "wide" pose as possible, with much space between limbs.
Look at the red-yellow-orange thumb in the mesh right below the top logo. It is resting pretty close to the side of the hand, it would have been better if it was pointing straight out from the hand instead. More space between the rest of the fingers couldn't have hurt as well, though it works like this too.

Moving details like eyes or the mouth is possible but you probably need to help out by setting some influences manually via the paint methods. Separate meshes (common for eyes) can be processed seperately by using the constructor's string[] array "meshesToProcessExactGONames".

The skeleton can be placed in the middle of the mesh but it's better to place it closer to the side you know it won't rotate towards (if possible - an elbow won't bend backwards but a tentacle can bend in all directions so there you'll want the joint in the middle of the mesh). This is because the MeshSkinner makes use of the joint's position in order to make the mesh a bit more "bendy" for vertices further away from the joint compared to the closest vertex of the same influence (since those verticles move more during rotation).

Two joints are always needed in the skeleton. It is good if joints aren't in the exact same position as another joint, it's however usually not a problem since you can tell work() to disable zero-length bones. If two joints are in the same position (and aren't a parent/child of the other) one of them will cause the other one to not influence much.

Convex meshes and meshes without holes in them are needed if MeshSkinner should reliably detect points that are inside the mesh. It only matters for being able to auto-disable joints outside the mesh though, you can still use MeshSkinner even without that particular feature (bones can always be disabled manually if absolutely needed).

Continuous meshes are required when "spreading heat" across the mesh (spreading influence weight to neighbouring verticles). If there is a gap somewhere heat will not spread across that gap. A "gap" is for example missing mesh triangles between clothing and body parts sticking out (hands, neck, feet). It could be intentional for a desired effect, to for example make the sweater collar not rotate along with the neck, but I'd recommend splitting the meshes into several and skin each part separately in that case (or use the paint methods). MeshSkinner handles gaps just fine though, it just changes how heat spreads.

The MeshSkinner is designed to be fully automated but doesn't have to be, there are several methods available that lets you change the end result.

These methods needs to be called before work(). Most should be callable outside Unity's main thread.

The MeshSkinner.DebugWeights component (a MonoBehaviour) provides you with a way to see how a mesh has been skinned, call debug() to add it to your model and you will be able to see the weights of all SkinnedMeshRenderer components (works outside the Unity Editor too). For clarity only the most influential transform for each vertex will be visualized (MeshSkinner allows up to four influences per vertex, which is the max Unity supports).

You can visualize the mesh triangles and/or every point and draw lines between the points and the transform that influence them the most. These are redrawn every frame and move if the mesh/skeleton moves. You can isolate a certain influence and only draw that one if you like to. If debug() is called after work() you can visualize the "joint planes" as well, these represent the rotation of the the joints during skinning and affects which vertex gets which influence.

There is a free demo available so you can see for yourself what this tool can do for you! See below for a download.

Some points about the limitations of the demo:

You can test the demo for as long as you want to, just don't release anything that anyone outside of the development team can access. As you probably realize the first demo limitation is to prevent games from being released with a demo version of MeshSkinner, since the demo DLL won't work for everybody and will stop working for all eventually.

Note: The demo isn't a showcase, you need to have a mesh and skeleton to test with yourself.

Extract the ZIP archive in your Unity project's "Assets" folder.
This places a .dll file (plus two other files) in Assets/Plugins/Winterdust, now ready to be used in your game.

Using a .dll file in Unity doesn't make your game Windows-only, you can still build for any platform (Windows/Linux/OSX).
Note: There is a MESHSKINNER_README.TXT in the .zip file as well. After you've read it you can delete it if you want to.

Everything that is accessible (public fields/methods/etc) have detailed XMLDOC describing what they do and how to use them.

They should show up as normal in your code editor as long as the included XML file is placed next to the DLL file.

Try skinning a mesh during runtime today! You can use this on any mesh, humanoid or not.

Why not use it to move a door? Make trees swaying in the wind? Tentacles wobbling menacingly? You name it; as long as you have a mesh and a skeleton the MeshSkinner can handle the challenge! Btw, the skeleton can be put together inside the Unity Editor if you want to do it that way. It is after all just a bunch of empty GameObjects put together.

Looking for a way to import a skeleton and animation? I've made the perfect tool for that exact purpose:
BvhImporterExporter - Import a .bvh file, make a skeletonGO, then use it with the MeshSkinner and BAM: you've got a dancing character!

You don't need to create an account here on itch.io in order to buy this tool.
Actual payment is done on PayPal's site (credit card accepted - no account needed).

Note: Some additional info may be required for tax purposes during purchase, if so you will get a "Billing address" message
before being taken to PayPal ("2015 VAT MOSS regulations for EU"). Simply fill out the form and press "continue payment".
The info is used to calculate what VAT percentage to add on top of the price (if you live in USA it will always be 0%).

Psst! Check out JezzBall Classic while you're here!

In order to download this tool you must purchase it at or above the minimum price of $45 USD. You will get access to the following files: 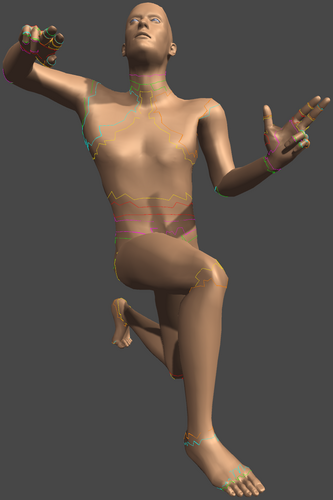 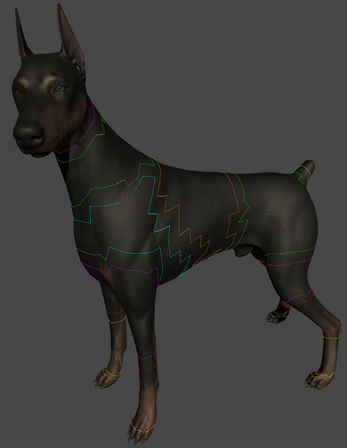 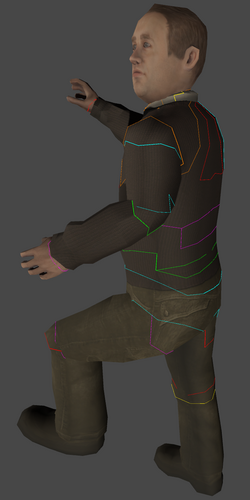 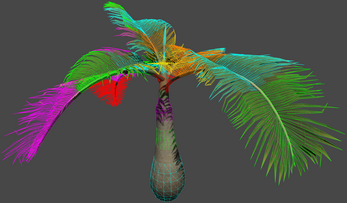 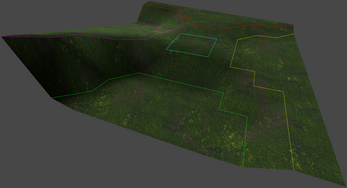 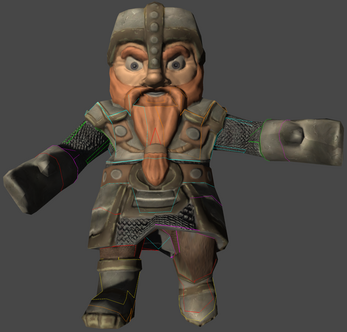